This week Lockdown Unlocked has been focusing on Entertainment. We’ve been finding out from people up and down the country how their entertainment needs, behaviours and attitudes have been changing during this extraordinary time, and what they’re looking for as we move forward.

Drawing on insight from our weekly quantitative tracker with 1000 people Nat Rep and our qualitative online community of 40 people, here’s a summary of what we’ve been hearing...﻿

#1 Entertainment choices are more important than ever

The role and importance of entertainment has changed. As many favourite pastimes have been restricted during lockdown, there’s a greater reliance on entertainment in the home, not just to fill the gaps, but to work hard to provide much more - from distraction to social connection.

People are taking control into their own hands and creating, shaping and planning their home entertainment to meet their new lockdown needs. As such, entertainment decision making is more important, conscious and planned than ever.

“The days are very much like Groundhog Day in that my daily routine doesn’t vary very much at all, so it is good to have something to look forward to entertainment-wise.”

#2 Entertainment among younger audiences is changing the most

The choices people are making around entertainment varies greatly from household to household, and it’s clear that people are having different experiences. As with Money & Finance, there is evidence that impact and behaviour change is more pronounced amongst younger people.

Nearly a third of young people have tried a new streaming service during lockdown.

Usage of these services have served as a ‘crutch’ for many 18-34 year olds during lockdown, whilst only 2 in 10 of those over 55 feel the same way.

The net effect of this is that these same young people are far more likely to feel a sense of loyalty and closeness to entertainment providers.

This increased emotional investment in entertainment translates into a greater perceived engagement in content for young people. The value of entertainment has risen for them, and therefore it becomes time where more attention is paid than normal.

Through the qual community we’ve heard about differences beyond just age, specifically family households who are seeking to find ways to keep the kids occupied, couples having to make compromises on what they watch together, and those living alone leaning more heavily on TV, music, podcasts and radio as a means of company and comfort during what can feel like an isolating time for them.

“Living alone it’s important to always have nice series/movies/books on the go … so as to be busy and content during my free time.”

“Tonight is difficult. My partner wants to watch something on TV and that’s fine! I don’t.”

Lockdown is difficult for people to ignore right now. It dominates the news, governs our behaviour and is a constant source of debate. When it comes to entertainment people have stated a clear and emphatic preference for content that provides escapism from lockdown - to the degree that it is a key driver of what people will choose to watch.

This degree of preference was universal across age, gender, region and household type.

This desire resonated amongst our qual community too. As people find the broader picture at times worrying, scary and bleak, they’re turning to entertainment to take them away to a different place, even if only for a short while. People have been indulging in the nostalgia of old favourite films, the suspense of thrilling novels, the immersion of true crime podcasts and the comfort of classic comedies for a much needed change from the heavy tone around them.

“I have found I have gone back and watched some of my favourite films, some with my kids, some not.”

“I watch mainly horrors and thrillers. I would say it’s more immersive viewing - maybe to lose myself in?”

Entertainment choices are being driven by what can best bring the household together. Half of people living with others, and just under two thirds of family households, agree that choosing entertainment that unites everyone is more important during lockdown.

This theme emerged strongly through the qual community too. We know from previous weeks that the power of social has grown stronger during lockdown, and this extends to entertainment. The forms of entertainment that people miss are the social, communal aspects of activities such as pub trips, live sport, or dinner-and-a-movie dates.

Interactive digital alternatives have come to the fore as people look to plug this gap, starting to play online games, virtual quizzes, or WhatsApp drinking games! Entertainment also forms a social touchstone, something to recommend and experience together, even while physically distant.

Within households, we’ve seen parents start to adopt some of their children’s entertainment interests as they look for ways to enjoy spending time together as a household, picking up new games or series with them and consciously making choices on TV, films and games that can bring the whole household together.

However, it’s not entirely a friendly, social story! We’ve found that some people, especially in couples with differing tastes, are finding the spirit of co-watching and compromise difficult to get on board with, and are missing their evenings in alone with sole control of the TV.

“We have also had a few interactive snakes and ladders sessions with grandchildren and taken part in an interactive radio quiz with my daughter and hubby.”

“I have watched some episodes of “Joe Exotic” with my daughter, as she has followed it all and kept talking about how crazy it was. It’s not my usual sort of thing but I watched it with her to do something together.”

Gaming has played a key role in filling the entertainment gaps left by live sport and socialising during lockdown for younger audiences, and particularly young women.

Half of 18-24s said that gaming had risen in importance in lieu of other ways of enjoying themselves being available and within this women were more likely to acknowledge the elevated role of gaming at this time.

Qualitatively, we’ve found this can be driven by entertainment compromises as households look for things they can do together, with some women in couples learning to get on board with their partners’ interests. More generally, the social nature of online gaming makes it an appealing way to spend time connecting and keeping in touch with friends and family during social distancing.

“We were trying to think of nice things to do for his birthday in lockdown and decided to get a console [...] I’m into football anyway, I’m a Fulham season ticket holder, and now we’ve been playing a couple of games of Fifa in the evening. It gives us something to do together that’s a bit different, and we’re quite competitive!”

“Unfortunately the girls are obsessed with Fortnite on the PS4 which they want to spend hours on. I hate it but they’re speaking to people and making new friends which is a positive."

#6 Parents are loosening their rules and their pursestrings

With schools closed, lockdown has brought additional pressure on parents to engage and entertain their children throughout the week. On the community, we’ve heard how parents are doing their best to ensure their children are staying active, engaged and have routine - with activities such as playing board games and exercising outside - or combining both in some instances to play Giant Jenga and Giant Connect in the garden! This, in parents’ eyes, is a way to ensure their children aren’t just sitting in front of the TV the whole time.

However, response from our quantitative tracker suggests that there is a balance that is being struck. There is a stated willingness to let ‘usual’ rules around screen time slide a little. Amongst parents, we saw a majority agree that they’d been more relaxed around how long could be spent on screens during lockdown.

We’ve heard qualitatively that screens don’t just serve a passive role for children, with parents acknowledging that their children are experiencing their social lives on screens, through social media and gaming.

As well as being more relaxed about time on screens, parents are the group who show the most heightened willingness to spontaneously spend on a film at the moment - even if it means paying more than they would normally, presumably as a way to entertain and bring members of the household together.

“I bought the board game frustration and an old NES for my kids and me to play, but aside from the early few days, we haven’t been on there as much. As the weather’s been nice, we’ve been out in the garden.”

There’s been some shift in entertainment occasions observed through our qualitative community. While the evening is still prime time for entertainment and media consumption, furloughed workers are looking to fill more parts of their day with things to do. TV is often saved for the evening, but days are filled with music, radio, books, and games.

“I have been listening to more music and have downloaded soundcloud and listen to it nearly every day, to keep myself occupied throughout the day [...] I read my book in the day, listen to music in the queues or while I’m cooking.”

“The most I’ve waited has been just over an hour for food and 2 hours to pick up a prescription for my parents. I don’t mind it really [...] I’ve got battery on my phone and people to call or games to play!”

Keep an eye out for our report next week where we’ll be exploring changing attitudes and behaviours within Shopping & Retail. 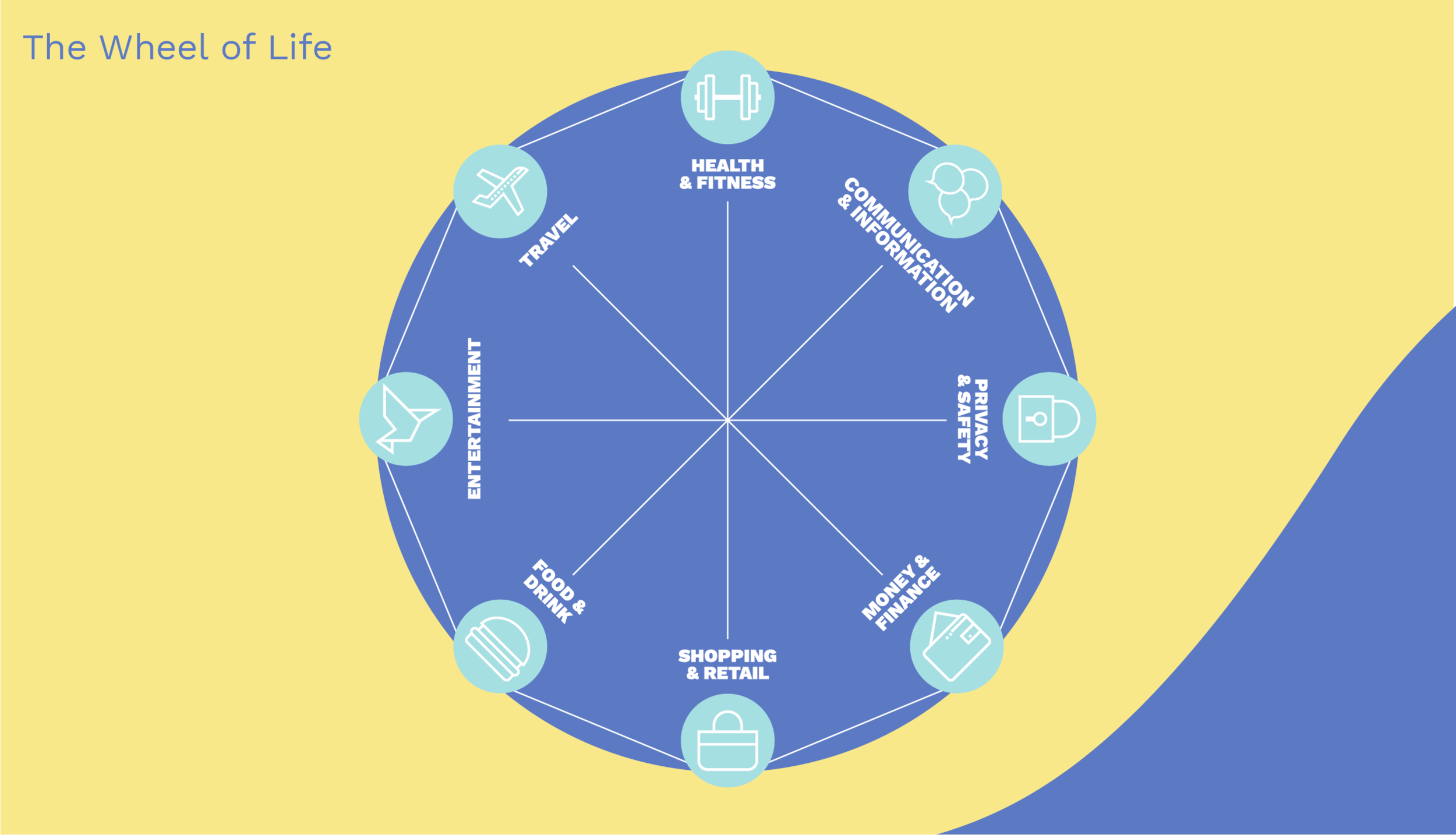 Lockdown Unlocked is an online qual community with 50 members across the UK, combined with a nat-rep quant tracker of 1,000 UK adults.

Back to results
Close